Behaviour change - the power of love 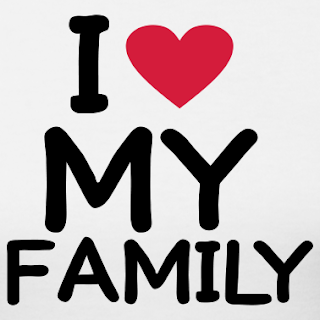 A couple of weeks ago, my eye was drawn via Twitter to an interesting blog by John Hitchin about the part played by 'love' in the life chances of young people
http://bit.ly/IF2tqZ


The blog was talking about how it is often the lack of love that has been a significant factor in what had happened to young people. The blogger was asking, as a researcher, how do we talk about 'love' in research?


I was reminded of that blog during two meetings with community members last week.
In this project we are working with two groups of people with diabetes - one male, one female.


I was asking people about the times when they had changed their behaviour in response to a health message.


As they told their stories, I was struck by how great a part their families play in supporting that change. For example, daughters and daughters-in-law were cooking special food for the men to support their need to change their diet. In one family, the whole family had changed its eating habits to support their grandfather's bid to improve his blood sugar results. Of course the reason for that familial support was love.  Families were taking whatever action was needed to keep their much-loved relative alive and well.


It is all so obvious, that I am almost embarrassed to draw attention to it. Yet we never discuss this explicitly. Perhaps there is some thinking for us to do here, so that we can more consciously draw on that powerful tool for change.

Posted by Diabete Eye Care Keighley (DECK) at 01:20 No comments:

The power of mindsets and the wisdom in stories 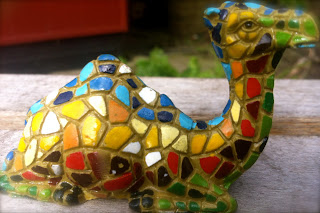 The photo attached to this blog is of an ornament I bought on my trip to Israel/Palestine last November. I found it in a gift shop in Tiberias. It reminded me of a workshop that we had run as part of the research phase of this diabetes eye care project.


During the workshop we had reflected on what we had learnt from participants about knowledge and attitudes to eye health in general, and eye health and diabetes in particular. One important factor that emerged was that some people had a fatalistic attitude, 'it is Allah's will'; or a sense that poor and failing eyesight is just inevitable, that nothing can be done.


One member of the workshop recalled a saying 'Trust in Allah but tether your camel'. We tracked the saying back to a Sufi story which is a light-hearted yet powerful counter to mindsets of hopelessness or fatalism.


I shared it with one of the two groups of people with diabetes participating in developing the interventions for the project. They enjoyed the humour of it, and had no problem in homing in on the story's main message. You might enjoy the story too:


A Master was traveling with one of his disciples. The disciple was in charge of taking care of the camel. They came in the night, tired, to a caravanserai. It was the disciple's duty to tether the camel; he didn't bother about it, he left the camel outside. Instead of that he simply prayed. He said to God, "Take care of the camel," and fell asleep.


In the morning the camel was gone -- stolen or moved away, or whatsoever happened. The Master asked, "What happened to the camel? Where is the camel?"


And the disciple said, "I don't know. You ask God, because I had told Allah to take care of the camel, and I was too tired, so I don't know. And I am not responsible either, because I had told Him, and very clearly! There was no missing the point. Not only once in fact, I told Him thrice. And you go on teaching 'Trust Allah', so I trusted. Now don't look at me with anger."


The Master said, "Trust in Allah but tether your camel first -- because Allah has no other hands than yours."

Posted by Diabete Eye Care Keighley (DECK) at 07:18 No comments:

Last Tuesday the first workshop was held to develop 5 Key messages. These are messages which we want staff across the health and social care system to communicate to people with diabetes about how to care for their eyes.

This was the first of three workshops through which, in addition to the Key Messages, we will develop a self-care document and a dissemination programme.

The methodology is that used by product designers. It consists of: 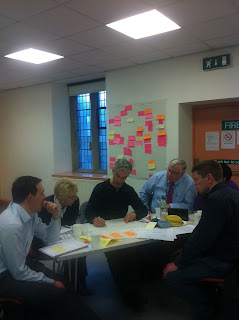 We had a really useful session and produced three prototype sets of messages. They cover a range of possible messages. The ways in which they differ, reflect the debate people had around the tables about:
-  how much the messages should focus on eyes, rather than messages about diabetes as a whole;
-  how hard hitting they should be, in the light of the research that showed that people who do attend the Diabetic Retinopathy Screening service are motivated by not wanting to lose their sight;
-  how to be visually creative about how the messages are presented
-  how many messages we should have- from several through to 1 message
-  how to  ensure the messages are persuasive and contain action that people can take for   themselves.

The prototypes are now being mocked up by an artist and will then be shared with colleagues and people with diabetes to gather their feedback. We will be asking people to tell us what they like about the prototypes and what else could be done to improve them. A small group of participants from the workshop will then re-work the messages in the light of the feedback.

Posted by Diabete Eye Care Keighley (DECK) at 01:41 No comments: